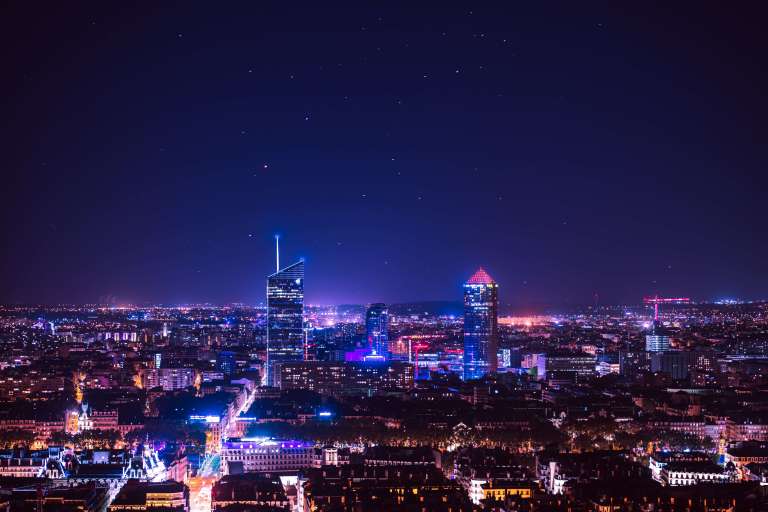 Lyon is one of the biggest and most diverse cities in France.

It offers a wide range of cultural activities, sporting events and festivals.

It’s not too small so you get bored easily, nor too large that is gets overwhelming.

I ain’t fond of metropolises like NYC, Paris or London. Medium-sized cities like Lyon offer access to pretty much everything you could find in bigger cities, minus the stress, dangers and exorbitant real estate prices.

Combine that with Lyon’s amazing public transport network and you have a winner.

The proximity to Switzerland and Italy was a huge plus for me, with Brussels (Belgium) also being 4 hours away by train.

Besides, if you’re into hiking and/or winter sports like skiing and snowshoeing then look no further, Lyon is the place to be for you, with the Alps aka the highest and most extensive mountain range system in Europe right next to you.

Proximity to the mountains and surrounding countries was one of my favorite things about this city. Despite the locals being somewhat unfriendly, being in the outdoors and traveling around made the whole experience well worth it.

You can find some pretty gnarly trails in Valence, Roman and Grenoble and its incredible views of the Alps.

Btw the trails were surprisingly empty in the winter, perhaps out of caution.

In immediate proximity you’ll also find the amazing cities of Annecy and Aix-Les-Bains with its thermal baths.

I honestly couldn’t tell you much about student life in Lyon. I mean, my friends seemed to have a lotta fun going out, clubbing, going to festivals and whatnot. I wasn’t.

As an 18YO kid and fresh out the family nest, my focus was very different from that of my peers.

I had one idea in mind: make as much money as I could, pass my classes and learn how to invest.

I used to watch a LOT of football and geek on FIFA as well.

The thing about my passage in Lyon was that I knew I wasn’t gonna be around for too long.

As much as this post makes it sound as though was a city I loved, it wasn’t. I’ve always looked forward to leaving, for some reason.

Besides, it seemed as though all of my friends ended up leaving as well. Go figure !

All that said, Lyon offers several entertainment options, free passes and discounts for students. You’ll also find lots of Erasmus students and expats there, which is always nice.

You can always share a flat for a few months then move out on your own.

As a vegan, though, Idk if Lyon (like most French cities) is very vegan-friendly. The French love their meat and cheeses.

But if I had to go back, I’d probably start with Le Paradis du Fruit.

The festival of lights:

It usually takes place between the 8th and 11th of december each year, and summons about 3/4 million tourists.

The whole city gets lit up, which quite a sight to see.

Be good, do good.